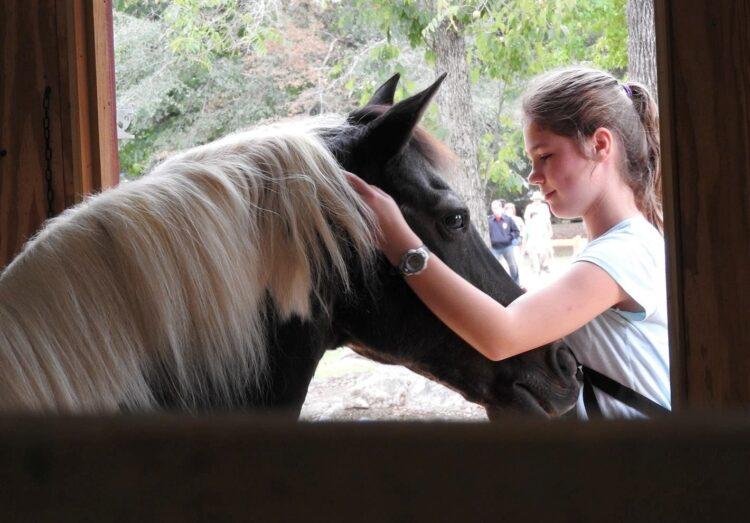 By the time Kristina was three years old, she had been deserted by both parents and had lost her closest friend. She was adopted by her grandmother, Carol.  Carol tried her hardest to provide Kristina with the type of love and support she needed. Kristina, however, still struggled to accept the losses in her life. She stopped playing with other children and would instead watch them from afar. She was soon diagnosed with clinical depression.

Kristina began talk and play therapy where she used dolls to express her feelings. After nearly a full year, she was able to say, “I’m mad at my mom.” This therapy alone was not enough to help her, though. She continued to struggle with empathy, self-confidence, and overcoming the feelings of inadequacy she felt from being abandoned. No matter how hard Carol tried to convince Kristina that it was her mom’s own problems that caused her to leave, Kristina continued to blame herself.

Carol was familiar with another family who had been helped by The Red Barn in a time of tragedy and loss. Their experience prompted Carol to enroll Kristina in weekly riding lessons. Carol watched as, over time, Kristina developed self-esteem and independence. The horses and peers at the barn have taught her such empathy that Kristina says she plans to give back to The Red Barn by volunteering when she is old enough to do so.

Kristina has finally found a place where she is accepted and loved. She knows that no matter how hard life might be at times, she will always find happiness and solace at The Red Barn. It has helped Kristina restore her faith in “family.”